Gor were favorites heading into the game but they found a resilient and determined Vihiga side that picked maximum points courtesy of a late goal from the experienced forward.

There were no clear-cut chances for either side in the opening minutes of the game with both teams striving to take control of the encounter.

The first real chance went Gor’s way in the 18th minute when Samuel Onyango rose high to connect to a cross, his header however went narrowly wide. Vihiga’s best chance of the game came in the 28th minute when Dennis Simiyu forced Boniface Oluoch to pull a fantastic save with a thunderous header. 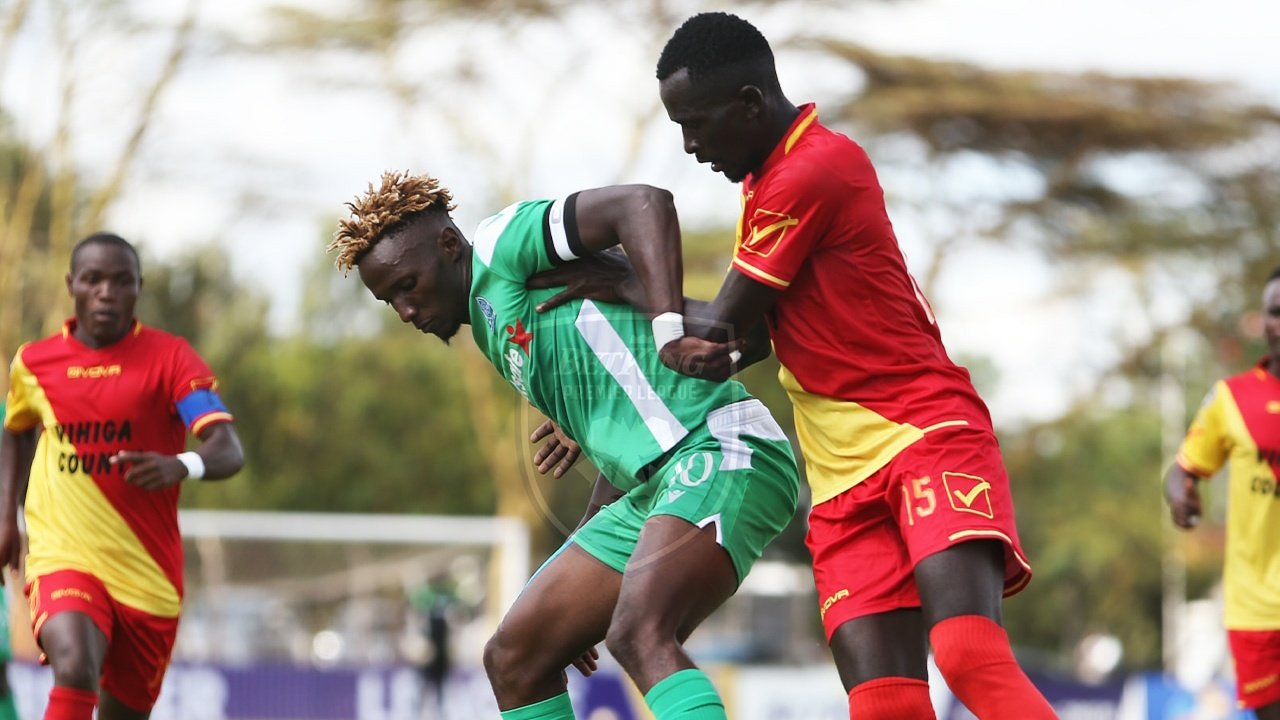 Despite being slightly the better side, Gor Mahia did not utilize their chances and the first half ended barren.

Gor showed dominace after the interval but they did not really trouble the United backline much. Coach Pinto made two attacking changes, John Macharia was brought in for Sammy Onyango while Jules Ulimwengu replaced Alpha Onyango as Gor went all out to get a goal.

Vihiga on the other hand were solid at the back but very dangerous on the break. Alex Imbusia forced Oluoch to make a couple of saves from his shots outside the area.

Just as it looked like the spoils would be shared, Vihiga United scored the winning goal three minutes from time through Dennis Wafula. They held on to claim maximum points.

Who will carry the day ?

Which of this teams itamaliza number 2?

This website uses cookies to improve your experience while you navigate through the website. Out of these, the cookies that are categorized as necessary are stored on your browser as they are essential for the working of basic functionalities of the website. We also use third-party cookies that help us analyze and understand how you use this website. These cookies will be stored in your browser only with your consent. You also have the option to opt-out of these cookies. But opting out of some of these cookies may affect your browsing experience.
Necessary Always Enabled
Necessary cookies are absolutely essential for the website to function properly. This category only includes cookies that ensures basic functionalities and security features of the website. These cookies do not store any personal information.
Non-necessary
Any cookies that may not be particularly necessary for the website to function and is used specifically to collect user personal data via analytics, ads, other embedded contents are termed as non-necessary cookies. It is mandatory to procure user consent prior to running these cookies on your website.
SAVE & ACCEPT